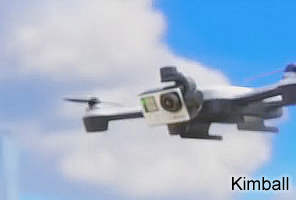 There are many rumors going around the net about the soon to be released GoPro Karma drone and what it looks like. I think so far the best glimpse of the GoPro Karma comes from the two videos GoPro released on it’s official YouTube Channel.  The videos were produced by GoPro, Illumination, and Universal. On … END_OF_DOCUMENT_TOKEN_TO_BE_REPLACED